This article is part of our Collette Calls series.

I attended the 2018 First Pitch Forums in Arizona a couple weekends ago and sat on a panel with Ray Murphy of BaseballHQ and Alex Chamberlain of FanGraphs to discuss some of the recent changes to the baseball landscape. 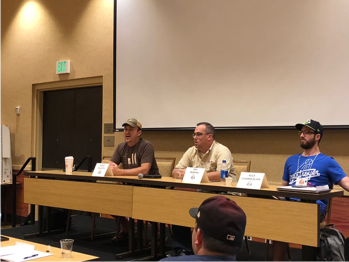 The first thing we discussed was the impact of "The Opener" strategy on fantasy baseball. I took the opportunity to once again beat the drum for the Times Through the Order Penalty (TTOP).

The Opener has lovers and haters; I fall in the former category. The haters will say that strategy only looked great for Tampa Bay because Blake Snell was incredible and heavily influenced the team's ERA. To wit, the team had a 3.49 ERA from the first time Sergio Romo opened a game until the end of the season. That figure was the third-best ERA over that time, trailing only the Dodgers (3.19) and Astros (3.37). If we remove Snell's contributions to that body of work, the Rays' ERA drops to 3.73, which would have dropped them to seventh best league-wide.

The simple fact is The Opener can work, depending on matchups early and the down-boxscore effect later. It allows the normal starter to miss the better bats in the lineup right out the gate, and limits those hitters from extra exposure to the normal starter within that game. I discussed this impact in an article just before the All-Star Break, but this is what the TTOP numbers look like for the 2018 season for starting pitchers:

Want to Read More?
Subscribe to RotoWire to see the full article.

We reserve some of our best content for our paid subscribers. Plus, if you choose to subscribe you can discuss this article with the author and the rest of the RotoWire community.

Join Our Subscriber-Only MLB Chat
Chat with our writers and other RotoWire MLB fans for all the pre-game info and in-game banter.
Join The Discussion
ABOUT THE AUTHOR

@jasoncollette
Jason has been helping fantasy owners since 1999 at RotoJunkie, Fanball, Baseball Prospectus and now here at RotoWire. He covers the Tampa Bay Rays at theprocessreport.net. You can hear Jason weekly on many of the Sirius/XM Fantasy channel offerings throughout the season as well as on the Sleeper and the Bust podcast on iTunes. An eight-time FSWA finalist, Jason won the FSWA's Fantasy Baseball Writer of the Year award in 2013 and the Baseball Series of the Year award in 2018 for Collette Calls.
Weekly Hitter Rankings: City of Brotherly Runs
Weekly Pitcher Rankings: Slim Pickings
DraftKings MLB: Saturday Breakdown
FanDuel MLB: Saturday Targets